Two Metropolitan police officers who “dehumanised” two black murder victims “for their own amusement” by taking and sharing photos from the scene where they lay murdered have each been jailed for two years and nine months.

Deniz Jaffer, 47, and Jamie Lewis, 33, were ordered to guard the scene in a London park where two sisters, Nicole Smallman, 27, and Bibaa Henry, 46, were found stabbed to death in June 2020. 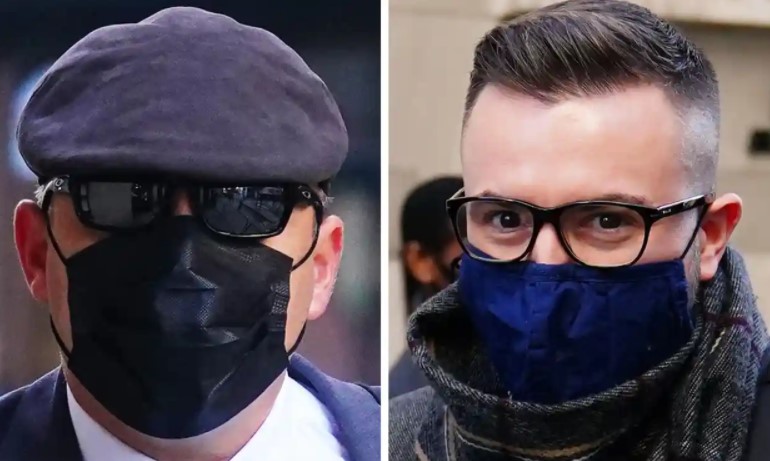 The Old Bailey in London heard that instead they took photos, some showing the bodies, and shared them in two WhatsApp groups, calling the victims “dead birds”. One – a group “called the A team” – contained 41 police officers and the other contained friends of Jaffer and was entitled “Covid cunts”.

The sentencing followed a criminal trial in which the two pleaded guilty to misconduct in public office after the Guardian last year revealed the scandal that rocked Britain’s largest force.

The court heard the actions of the two officers amounted to a gross breach of trust, stripped the two women of dignity in death and intensified the agony of their mother and their family, some of whom served in the Met.

Their actions helped the defence of the murderer of the two women, Danyal Hussein, whose defence team tried to claim possible contamination by the two officers entering the crime scene.

Joel Smith, prosecuting, told the Old Bailey: “The bodies of the women would not have been visible from the path adjacent to the large bush where they were found. Nor would it have been possible to take the photographs taken by the defendants from their position on the cordon.

“Accordingly, to take the photos found on their phones, the officers would have had to enter the bush itself, thus risking contamination of the crime scene.”

Smith added: “The offending stripped Ms Henry and Ms Smallman of dignity in death. That factor is more weighty given that the offenders were charged with protecting their bodies.”

The judge, Mark Lucraft QC, described the offences as “appalling” and done for a “cheap thrill”. Both former officers will serve half their sentence before being released on licence.

The mother of the two sisters, Mina Smallman, described their actions as a “betrayal of such catastrophic proportion”, “sacrilegious”, and carried out “for their own amusement”.

Smallman, in her victim impact statement, said: “It made me think of the lynchings in the Deep South of the USA where you would see smiling faces around a hanging dead body. Those police officers felt so safe, so untouchable, that they felt they would take photographs with our murdered daughters. Those police officers dehumanised our children.”

She believed police racism was a factor in the Met’s initial bungling of the search for her daughters when they were reported missing.

Speaking outside court after the sentencing, Smallman said she was “thrilled” the officers had been jailed and not received suspended sentences. police officers jailed over photos of murdered sisters

“We’ve been to hell and back again,” she said. “There is more work to be done.  police officers jailed over photos of murdered sisters The most important thing [is], because of the sentencing, we are part of the change that’s going to come in the culture of the police force.”

Jaffer left the post he had been assigned to and went into bushes where the women had been left by their killer. The officer took out a mobile phone and took pictures of the bodies from around 12 feet away.

He sent four images to Lewis, who edited one of the photos and superimposed his face on to it with the two murdered women visible in the background, to produce a “selfie-style” image.

Jaffer’s barrister said the former officer only sent the photos to selected members of the Covid WhatsApp group, which consisted of couples he and his wife had holidayed with.

Lewis, who sent one picture to fellow officers with the text: “Unfortunately I’m sat next to two dead birds full of stab wounds.”

Jaffer resigned from the Met in August, whilst Lewis was sacked by a disciplinary tribunal.

Henry, a senior social worker, and Smallman, a photographer, had been celebrating their elder sister’s birthday in Fryent Country Park in Wembley, north-west London. They were stabbed to death by Hussein, a teenager obsessed with Satan, now 19, who was jailed for life for the murders. police officers jailed over photos of murdered sisters