Strike terror into the hearts of demons and devils as you fight your way through eight Hells. Metal: Hellsinger is a rhythm FPS, brimming with diabolical enemies, powerful weapons, and metal music. Set out on an infernal journey in order to achieve the purest of goals: Vengeance.
Part human, part demon, and obsessed with vengeance. Become The Unknown, and fight through the fiercest domains of Hell. Destroy the demon hordes and their leaders to set yourself up for an epic showdown with The Red Judge herself. 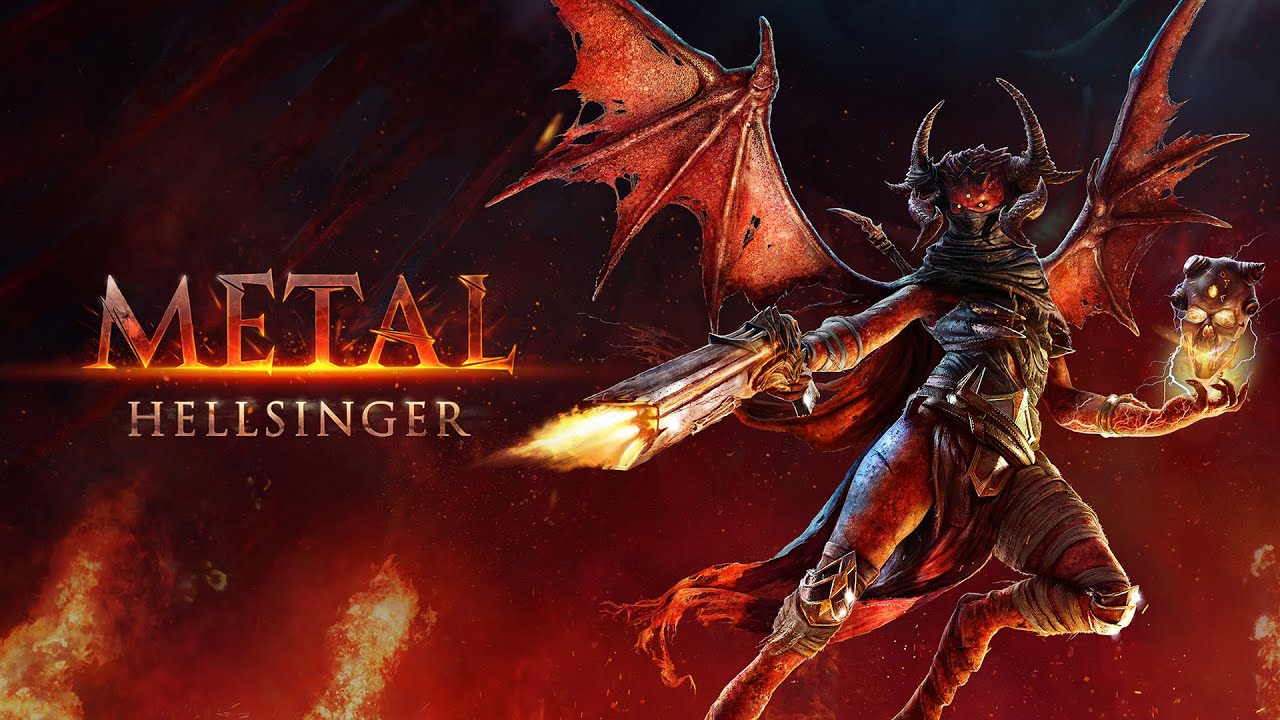 Metal: Hellsinger is a rhythm FPS, where your ability to shoot on the beat will enhance your gameplay experience. The more in sync you are with the rhythm, the more intense the music will become and the more destruction you will cause.

Defeat the demon hordes with a skull-clad blade or a wide range of murderous guns. Each weapon has its own ultimate ability, such as Murder of Crows or The Big Goodbye.

Play through an epic storyline, narrated by award-winning actor Troy Baker. Unlock special challenges and conquer the realms of Torment to become more powerful in the stages and get a leg up on the leaderboards.

Although commonly known as Hell, The Infernal Planes is in reality a union of a thousand Hells, all of which are terrifying and diabolical in their own way. In order to dethrone The Red Judge, you must fight your way through the fiercest corners, from the icy world of Voke to the maddening world of Stygia.

Metal: Hellsinger is created by an experienced FPS team at The Outsiders and is the passion project of David Goldfarb, Game Director on Payday 2 and Lead Designer on Battlefield 3 and Battlefield: Bad Company 2.

Every track is created specifically for the game with vocals by metal icons, such as Serj Tankian (System of a Down), Matt Heafy (Trivium), Mikael Stanne (Dark Tranquillity), Randy Blythe (Lamb of God), Alissa White-Gluz (Arch Enemy) and Tatiana Shmailyuk (Jinjer).